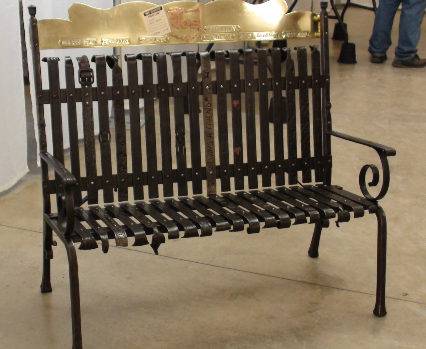 The inspiration for this bench began in 2003 when our president Jim Auer passed away suddenly. As a memorial to Jim and other NOB members, we built this bench. Members made seat and back slats in their own shops. The frame is wrought iron from a bridge near Grand Rapids, Ohio. The bench was assembled and finished over several meetings as a group effort. When a NOB member joins the Master's Forge, his or her name is placed on the brass top plate. 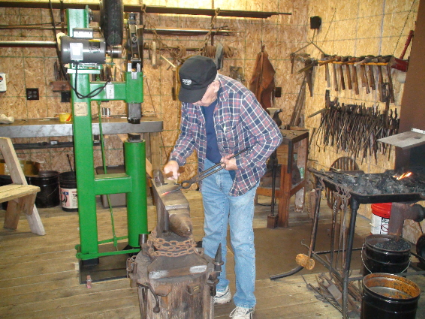 Ernie Deutschman forging a hook at the October Open Forge 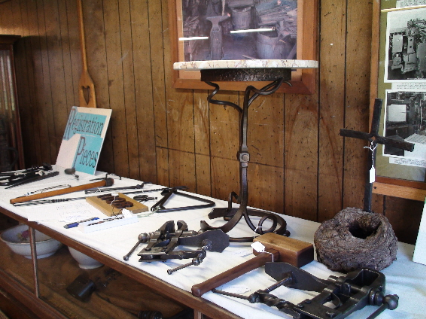 Part of the registration fee to attend our Hammer-In, we require a handmade item of some sort. These items are raffled off after the Saturday night banquet. 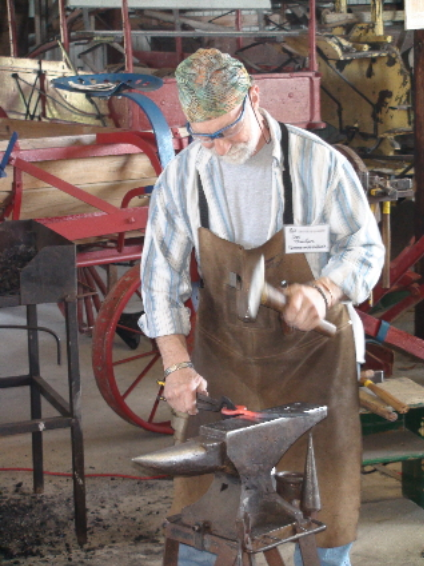 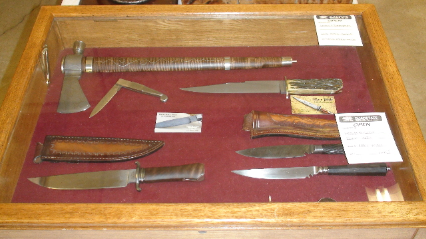 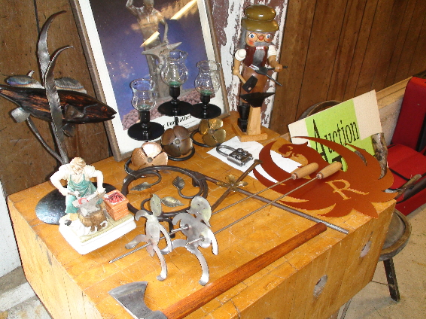 Anyone may donate an item for the auction which follows the raffle. 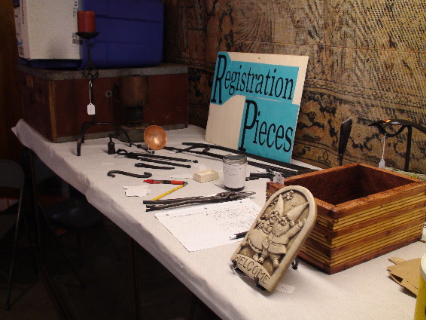 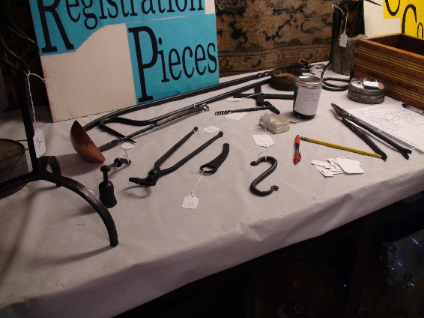 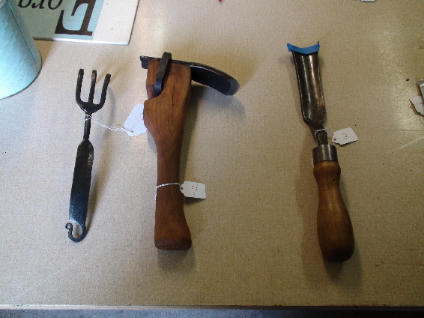 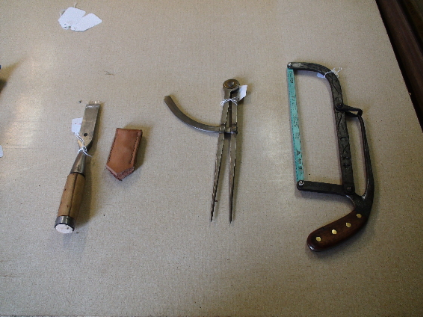 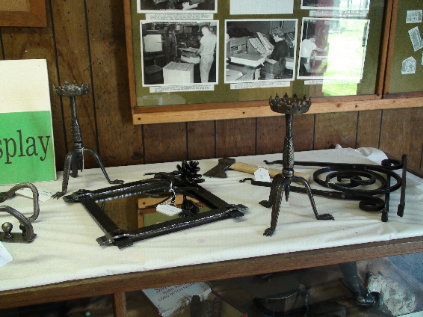